“SMEs- The new tools/opportunities for access to finance introduced by Horizon 2020” by Jean-David Malo, Head of Unit SMEs, Financial Instruments and State Aid, Directorate General for Research and Innovation, EC. 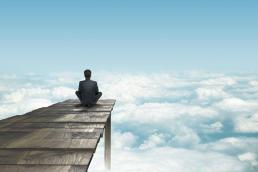 Part of the horizon 2020 budget, that is 3,69% (2.7 billion euros) will be provided though grant funding but in the form of risk sharing for loans and guarantees and by providing risk finance (equity).

They cover a broad range of interventions such as :

Debt finance can be achieved through the following schemes:

These schemes will be facilitated by the Horizon 2020 along with the “COSME” program.

More info on the initiatives can be also found here.

For the full presentation of Horizon 2020’s Financial Instruments, check this link.

The new drug approvals for 2013 were mostly cancer drugs and drugs for orphan diseases.

Several of these new drugs are scientifically novel.

Pharmacyclics and Janssen’s ibrutinib is a first-in-class Bruton’s tyrosine kinase (BTK) inhibitor, which entered the clinic in 2009, and is now approved for an aggressive form of B cell non-Hodgkin’s lymphoma, but it is now being also tested for other types of cancers such as chronic lymphocytic leukaemia (CLL). Ibrutinib is the second irreversible kinase inhibitor to be approved after afatinib, setting new hope for the development of irreversible agents that have been thought difficult to reach the market in earlier years (Nature Rev. Drug Discov. 12, 649–651; 2013).

Biogen Idec’s dimethyl fumarate (formerly BG-12) is an extremely small molecule (MW only 144 Da) that had been approved as an anti-psoriasis drug in Germany as well as for preventing the growth of mold in furniture! Now Biogen Idec gets its approval for dimethyl fumarate as the third oral drug for multiple sclerosis. Drug mechanism remains unclear.

GSK’s trametinib is a first-in-class MAPK/ERK kinase (MEK) inhibitor that overcame bioavailability, pharmacokinetics and toxicity problems of previous drug candidates (Nature Rev. Drug Discov. 11, 819–820; 2012). Trametinib is approved for cancers bearing specific BRAF mutations (such as metastatic melanoma). GSK picked up five approvals from the FDA last year (counting the approval granted to ViiV), more than any other drug developer in 2013.

Genzyme and Isis’s mipomersen acts on a novel target, binding apolipoprotein B mRNA, reducing protein synthesis and thereby lowering low-density lipoprotein (LDL) levels. Because of its side effects it may be used only as an orphan disease drug agains homozygous familial hypercholesterolaemia and not as a general cholesterol-lowering agent. Regulators in the European Union (EU) have rejected mipomersen because of its side-effects.

Arguably this is not the most adorable creature you have ever seen. But, the naked mole rat (Heterocephalus glaber) displays exceptional longevity, with a maximum lifespan exceeding 30 years. In human years (relative to body size as naked mole rats) that is 600 years!

In addition to their longevity, naked mole rats, these subterranean African mammals, show an unusual resistance to cancer. Multi-year observations of large naked mole-rat colonies did not detect a single incidence of cancer! The authors found that the extracellular matrix in naked mole rats is rich in a substance that stops cancers growing. The magic ingredient is a polysaccharide called hyaluronan, which acts as a lubricant in the body. This particular hyaluronan is an extremely high-molecular-mass hyaluronan (HA), which is over five times larger than human or mouse HA.

This study was published in June 2013 in the journal Nature by Tian et al, “High-molecular-mass hyaluronan mediates the cancer resistance of the naked mole rat”.

While the new 7-year funding scheme of EU, “Horizon 2020” will continue to fund excellent basic research (17% of the total budget), an effort is being made to attract small and medium enterprises (SMEs) to participate in research consortia. After a two-and-a-half-year negotiation, the European Council and the European Parliament reached an agreement (pending final sign-off) that SMEs will claim a 20% of the total budget  in an act that aims to boost European economy.

Open access publication of results of all research funded under Horizon 2020 will be mandatory and awards will be made within 8 months as opposed to 12 months, which is the current scheme.

Industry – academia partnerships are increasingly growing in an effort to make the drug discovery process more efficient. In a Cancer Research UK perspective, several industrial collaborations are outlined with an eye on the distinct but com-plementary expertise brought about in anti-cancer drug development.

Read another article on industry – academia partnerships from Science Magazine and an older article from this blog on the topic here.

As is traditional for the Medicinal Chemistry Division, structures of candidate drugs get revealed in the “First-Time Disclosures” session.

This year’s entries are: 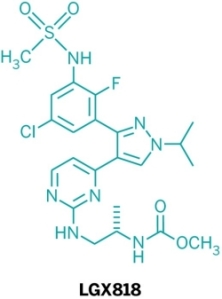 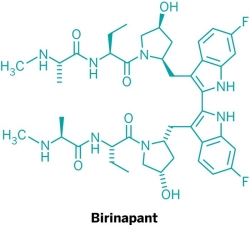 More about how where these drugs discovered:http://cen.acs.org/articles/91/i16/Five-New-Drug-Candidates-Structures.html

Kalydeco: The most important new drug of 2012

Kalydeco, a drug for cystic fibrosis, is the most important new drug of 2012 according to Forbes magazine and was developed by Vertex pharmaceuticals with seed funding from the Cystic Fibrosis Foundation.

Cystic Fibrosis is a genetic disorder that results in scarring (fibrosis) and cyst formation within the pancreas, lungs, liver, and intestines.

Kalydeco, given alone, will only help a few thousand patients the world over. Like other drugs for very rare diseases, its price is very high: $294,000 per patient per year.

Though its chemical structure could be routinely made by a synthetic chemist, it is covered by a patent so it is illegal to make in a lab.

The efforts to cure cystic fibrosis were spearheaded by a discovery from Francis Collins, later famous for heading the Human Genome Project and then the National Institutes of Health, who discovered the gene that, when mutated, causes cystic fibrosis 23 years ago. Kalydeco is the first drug to directly affect the defects caused by these mutations, leading to improvements in patients’ lung function.

Read below the Science Review of 2012 by Nature Magazine, with Greece making it to the top 22 “leading science nations” with 1% of the ‘most cited papers’!

The WordPress.com stats helper monkeys prepared a 2012 annual report for Life is Chemistry.

The Chemistry of Euro banknotes

Europium(III) oxide, alongside other chemicals, is phosphorescent and is used in the anti-counterfeiting details in Euro banknotes.

Europium (symbol Eu) is one of the rare earth elements and belongs to the class of  “lanthanides”.

Most of the trivalent rare earth elements are luminescent. This means that they can be excited by shining a light of a particular wavelength at them. When the ions relax again, they emit light – of a different wavelength. That is luminescence.

Euro notes luminesce in the red, green and blue (excited by 254 nm). The red light is clearly linked to europium and most likely to a Eu3+-β-diketone complex.

Posted in chemistry in everyday life