Industry and academia tie the knot

When I was a student at the University of Athens in the late 90s, receiving funding from the Industry was almost unheard of. Although I was an undergrad at the time, I could see that the general Greek academic perception of collaborating with the Industry was viewed almost as the equivalent of a sell-out. Researchers considered teaming up with the Industry the betrayal of their academic purity.

When I was a student at the University of Heidelberg in Germany, things were different: A fair number of the lab’s grants stemmed from the Industry: the Volkswagen Foundation, BASF, Novartis, etc. and that was seen as an achievement. Our lab was not the only one to work with the Industry. It was a very common theme for Principal Investigators (PIs) in Germany to reach out to the Industry and big pharma, partner up, and exploit the best of both worlds. 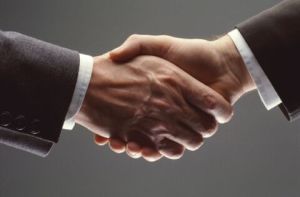 When I was at Yale University, the situation was even better: It was now the Industry who reached out to us researchers. I was very fortunate to serve as the co-President of a very successful student society, the Yale Biotechnology and Pharmaceutical Society (YBPS), now called Yale Healthcare and Life Sciences Club (YHLC). Industry sponsored our events and seminars, such as the “Life Sciences Case Competition”, the “Business of Biotechnology Seminar Series”, the “Healthcare Conference” and many others, in order to interact with us and possibly recruit students or form collaborations with research groups of the University.

When I arrived at the Biomedical Research Foundation of the Academy of Athens in October 2009 as a faculty member, a pleasant surprise was awaiting me: The Greek General Secretariat for Research and Technology (GSRT) had just announced a grant call, named “Synergasia” (“Cooperation” in English), which aimed to enhance the ties and cultivate the collaboration between Greek Industry and Academia.

So times are changing. There is a new mindset in the academic world (at the very least in my area of expertise, drug discovery). Recent articles such as Nature’s Scibx, “Small (molecule) thinking in academia”, and “Partnering between pharma peers on the rise” of Nature Reviews Drug Discovery, explain how and why pharmaceutical–academia deals, such as the $100-million Pfizer pact with 8 academic Institutions from the Boston area, have been stealing headlines this year. In another recent brief mention in Nature, faculty members say that industry research has contributed to important work.

Life-science researchers in US universities receive $33,000 a year on average from the medical drug and device industry. […] More than half (51.9%) said they maintain a relationship with industry. The study found that such relationships provide significant benefits both to the researcher and to science. Among faculty members most involved with industry research, nearly half said it “contributed to their most important scientific work and led to research that would not otherwise have been possible”.

Exciting times. Still, challenges and caveats are obviously not absent. True collaborative environment between the partners, licensing/IP and publishing issues, technology transfer know-how, commercialization matters and different goals for each institution, are all issues that need to be seriously considered before teaming up in such consortia.